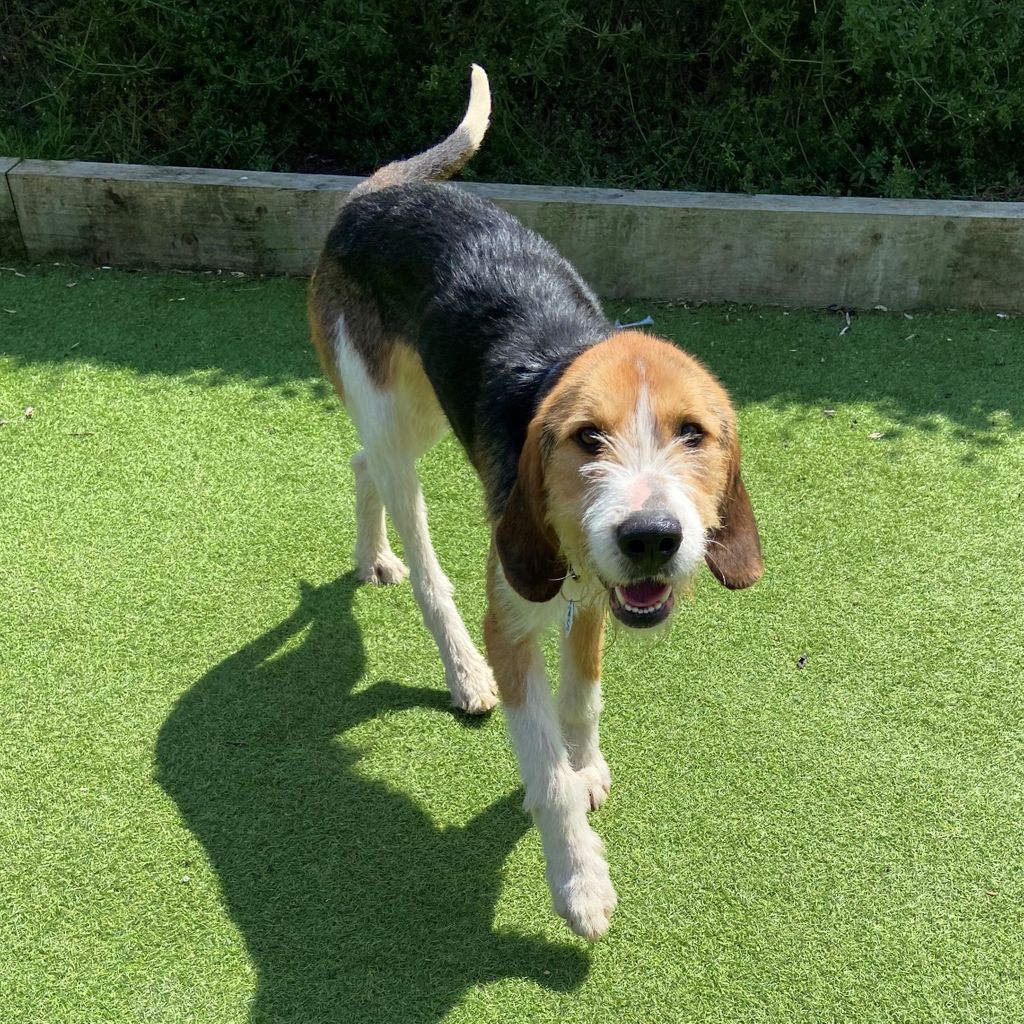 Everyone say hi to our next resident…. Wilfred!🧡 This lad was taken to a kennels as his owner no longer had use for him and there was a risk of him being put to sleep. The kennels thankfully messaged us and we now have him in our care. 🐶 Wilfred is approximately 18 months old and is a hound. He has lived outside on a farm all his life with collies. However he is a adapting well to his foster home!🐾 This lad is bigger than a lab - it’s hard to show his size on a picture. He is skinny but nothing some TLC won’t sort out. It’s obvious he hasn’t had the best care due to a few wounds on his elbows and back legs. 💔 Wilfred was a star at the vets. He started his vaccinations and had a full health check, which he passed with flying colours. He’s also booked in for neutering next week.👍🏽 This lad has stolen the hearts of everyone he’s met. He is a sweet lad who needs to be shown the way of the world. He is picking up housetraining fast, walks well on lead and LOVES other dogs. 🥰 Sadly Wilfred isn’t good at being left on his own, therefore we feel he needs a home with another dog or two. He isn’t cat friendly and can be homed with experienced children. 💜 Once this lad is back to his original healthy, fit state he will needs a lot of exercise and mental stimulation. Wilfred is very clever and looks for things to do if bored. A home with experience of rescue / working dogs is preferred.💚 Remember to complete the form with as much detail as possible, so we can find this is his forever home;