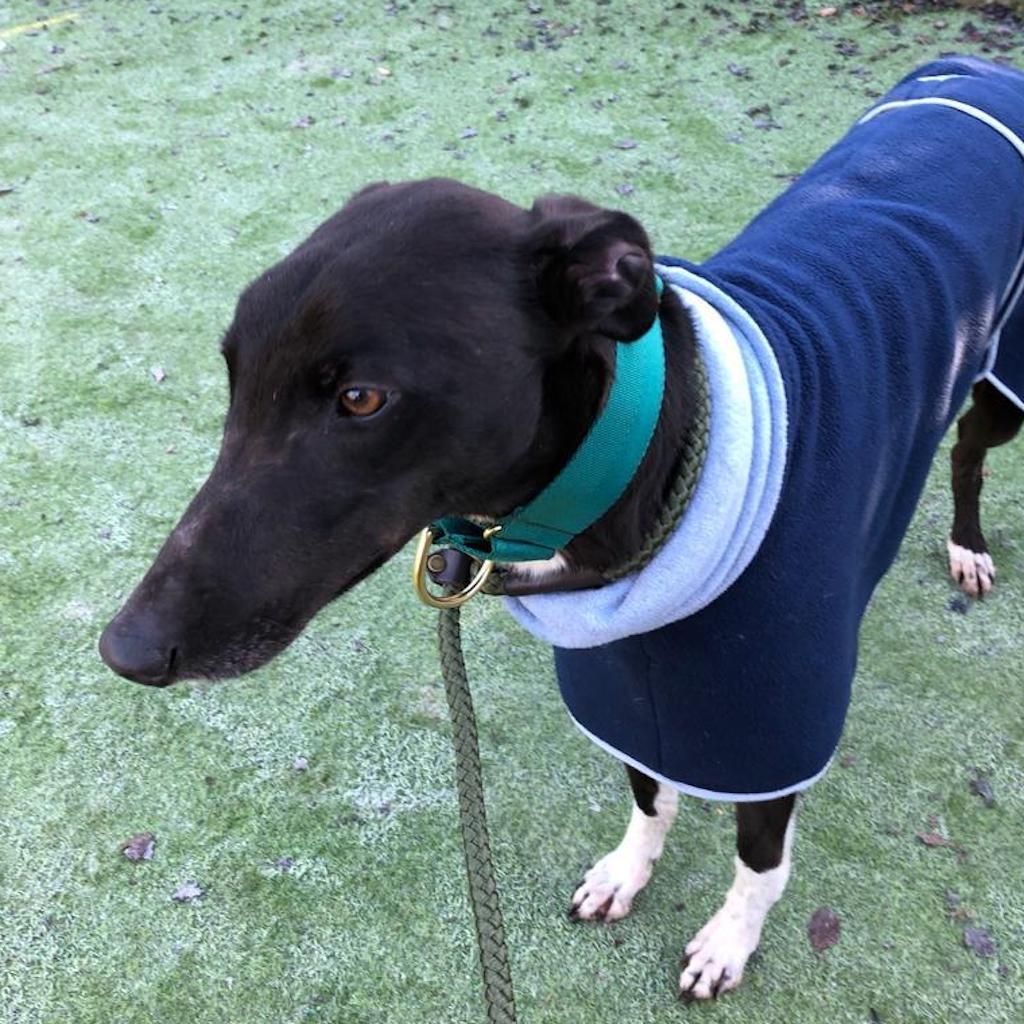 Everyone meet our next resident …… Keeba!🥰 This lad has come in to our care from the girls at Haven Rescue Southern Ireland. He’s an ex racing greyhound who’s only 2 years old 😢 Keeba has had a rough start in life however is loving his new life and taking things in his stride! 👌🏼❤️‍🩹 Keeba came in to our kennels initially whilst we assessed him. He was nervous to begin with but soon settled down well and loved all the volunteers. He really enjoyed his walks and was happy to walk on his own or with other dogs. Keeba walks beautifully on lead and is a well mannered lad.😍🐾 This lad then went in to foster where he will be staying until we find him the forever home he deserves. In foster, after few days he’s settled well. He has enjoyed his food and adores being with you. Keeba is a like a second shadow, we know he will relax soon enough though when he learns he will not be abandoned ❤️ Keeba has been a star on walks and has been good with all the other dogs he’s met so far. He does get excited when he sees them at first due to his lack of socialisation with other breeds but he soon settles and is a friendly lad. He’s enjoyed off lead runs for fun, in a secure paddock too.🐾🐶 This boy has enjoyed going in the car and is fab traveller. He has passed a full health check too. Keeba has a full passport and is all ready for his new home surrounded by love and adventures! 🙏🏼 Remember to complete the form below if you’re interested in adoption; Meet Keeba 💞 Keeba arrived to us really underweight, absolutely terrified and totally head shy .. with a lot of good food, a warm coat and a warm bed and he's turned inside out 💞 He raced twice but was obviously too shy for it .. He's put on weight and now he's the first out of his kennel for ear rubs and his walks.. he is always chattering his teeth and loves nothing more than bum scratches. He knows how to sit when theres dinner in front of him and he loves his toys. He is a completely different dog from the wreck that arrived to us. He's now social, friendly and knows humans won't hurt him. He travels well in the car. He is mixing with other dogs well and will be introduced to queen foxy during the week to see how he gets on with smaller breeds. His ideal home would be: - with another dog or as an only dog - no cats please - dog savvy kids - he loves his coats and warmth and bum scratches - he's confident enough for city living.. Once given a few days to warm up to his new people. - dog parks wouldn't be his thing just yet as too many dogs running around would be exciting for him. He is muzzle trained and has no problem wearing it for his walks.